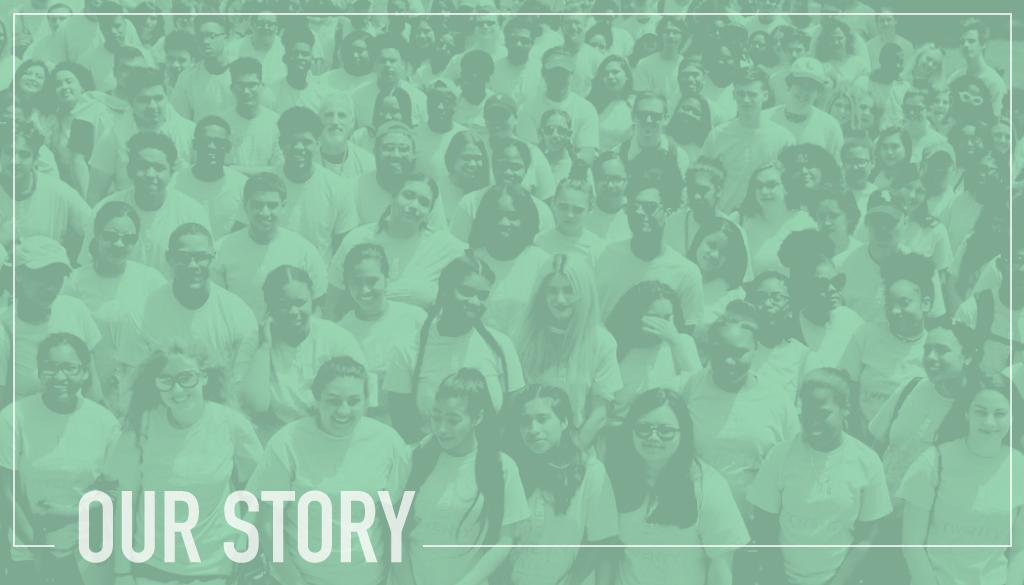 Big Picture Learning was established in 1995 with the sole mission of putting students directly at the center of their own learning. BPL co-founders Dennis Littky and Elliot Washor merged their thirty years of experience as teachers and principals and their distinct national reputations to launch this new innovation in education. With an intention to demonstrate that schooling and education can and should be radically changed, Big Picture Learning was born.

In the schools that Big Picture Learning envisioned, students would be at the center their own education. They would spend considerable time in the community under the tutelage of mentors and they would not be evaluated solely on the basis of standardized tests. Instead, students would be assessed on exhibitions and demonstrations of achievement, on motivation, and on the habits of mind, hand, and heart  – reflecting the real world evaluations and assessments that all of us face in our everyday lives.

Around the same time, the state of Rhode Island was re-examining its educational system. Dennis and Elliot proposed a design – a bold new school dedicated to educating one student at a time -- the Metropolitan Regional Career and Technical Center (“The Met”), the very first Big Picture Learning school. The first Met class graduated in 2000 with a 96% graduation rate. Ninety-eight percent of its graduates were admitted to postsecondary institutions, receiving over $500,000 in scholarships to help fund their college dreams.

Clearly, Big Picture worked. With these ground-breaking successes came national attention. In 2001, the Bill and Melinda Gates Foundation announced that the Met was its favorite high school in America, and that the U.S. needed more schools like it, providing Big Picture Learning with a large grant to replicate its design nationwide. In 2003, after the continued success of Big Picture schools, the foundation pledged a second grant to launch of even more schools. By 2010, the President Obama was lauding the Met and schools like it as engaging and relevant models of innovation worth replicating.