Last week, along with many of my peers in the education field, I received the sad news that Clayton Christensen had died. He had faced a number of serious health challenges over the years, but his passing was still unexpected; he seemed like an unshakeable force. Although he interfaced with thousands of students and collaborators, he had a gentle way of being fully present and connecting deeply with each individual he met. He stood at 6’8” and was both literally and figuratively a towering mentor and friend to me.

I had the tremendous privilege of having Clay serve on my Doctoral Committee and he had profound effects on my thinking (and feeling!) in a number of ways. I first became aware of his work when he highlighted Big Picture Learning in his well-known book Disrupting Class. Clay and his team of collaborators at what came to be known as the “Clayton Christensen Institute” have been ongoing thought partners and collaborators.

When I arrived at the Harvard Graduate School of Education, one of the things that I was most interested in learning was Clay's work in exploring additional connections to the world of education. I first got to know Clay when I was lucky enough to take his course “Building and Sustaining a Successful Enterprise” -- one of the most popular courses at Harvard Business School. Clay’s ideas were not without controversy, and as he challenged the status quo and conventional thinking in a number of ways, he attracted both acolytes and ardent critics. I found many of his ideas compelling and provocative, and appreciated that he was a lifelong learner - always insisting that he was working on refining theories - not that he had discovered any sort of universal truth. Regardless of whether one agreed or disagreed with his observations, all will acknowledge that Clay challenged people to think beyond “share holder value” and “quarterly rates of return” and to consider broader kinds of measures and data for what it means to be in “business” and to live a successful sustainable life. Clay asked people to consider not just career and business advancement, but the big picture of their lives and the impact that they were having in the world.

As he progressed in his own career, Clay moved further away from the more conventional business metrics and would frequently ask people, “How Will You Measure Your Life?”... the closing paragraphs of a piece he wrote for the Harvard Business Review a few years ago capture some of his indomitable and generous spirit:

This past year I was diagnosed with cancer and faced the possibility that my life would end sooner than I’d planned... the experience has given me important insight into my life.

I have a pretty clear idea of how my ideas have generated enormous revenue for companies that have used my research; I know I’ve had a substantial impact. But as I’ve confronted this disease, it’s been interesting to see how unimportant that impact is to me now. I’ve concluded that the metric by which God will assess my life isn’t dollars but the individual people whose lives I’ve touched.

These are words and thoughts and feelings that resonate with me on a daily basis. They make me think about my time as an Advisor at the Met High School in Providence, as an Internship Coordinator at Met Sacramento, and as Co-Executive Director of Big Picture Learning. And they beg the question, recalling for me the words of the poet Mary Olivar, who wrote in her poem, “The Summer Day” the question, “Tell me, what is it you plan to do with your one wild and precious life?”

As I live my life and seek to balance my professional, civic, personal, and family roles I think about the way in which Clay carried himself and moved through the world. Simultaneously filled with purpose and deliberate determination to advance his work, while also taking clear and evident joy in his connections with each individual person that he met. He lived up to his own call to action, to help individuals become better people;

I can certainly be counted as one in that great multitude.

The Sunday morning following Clay's passing I decided to go for a run, retracing the steps that I had taken many times to the Harvard Business School. Although there were bright clouds in the sky, the buildings seemed a bit darkened, and a flag fluttered at half-mast. I found myself at the door to Morgan Hall where I remember so many invigorating and inspiring conversations with Clay in his office. Even in the mid-winter cold, it brought a smile to my face.

As I mourn Clay’s loss and send love and condolences to his family and loved-ones, I find myself thinking back often to the time well-spent in Clay’s class, and monthly meetings in his office for dollops of generously doled out wisdom. Knowing that I was just one amongst so many of Clay’s students and mentees who are now out in the work and world, it gives me faith that the things that need to be "disrupted" will be! And that there are many people working to make the world a better place thanks to his influence and inspiration.

The first “Disruption Award” that Big Picture Learning ever bestowed -- a giant, five foot tall forged metal hammer -- was given was to Clay. He proudly displayed it in his office at Harvard Business School. It definitely stood out amongst the various models of silicon hard drives and diagrams of steel manufacturing that were important examples he cited in his theories. And I hope and trust that it was a regular reminder to him that his desire to be judged by the impact he had on others, not on the bottom line of businesses that borrowed his economic theories, was one worth pursing. 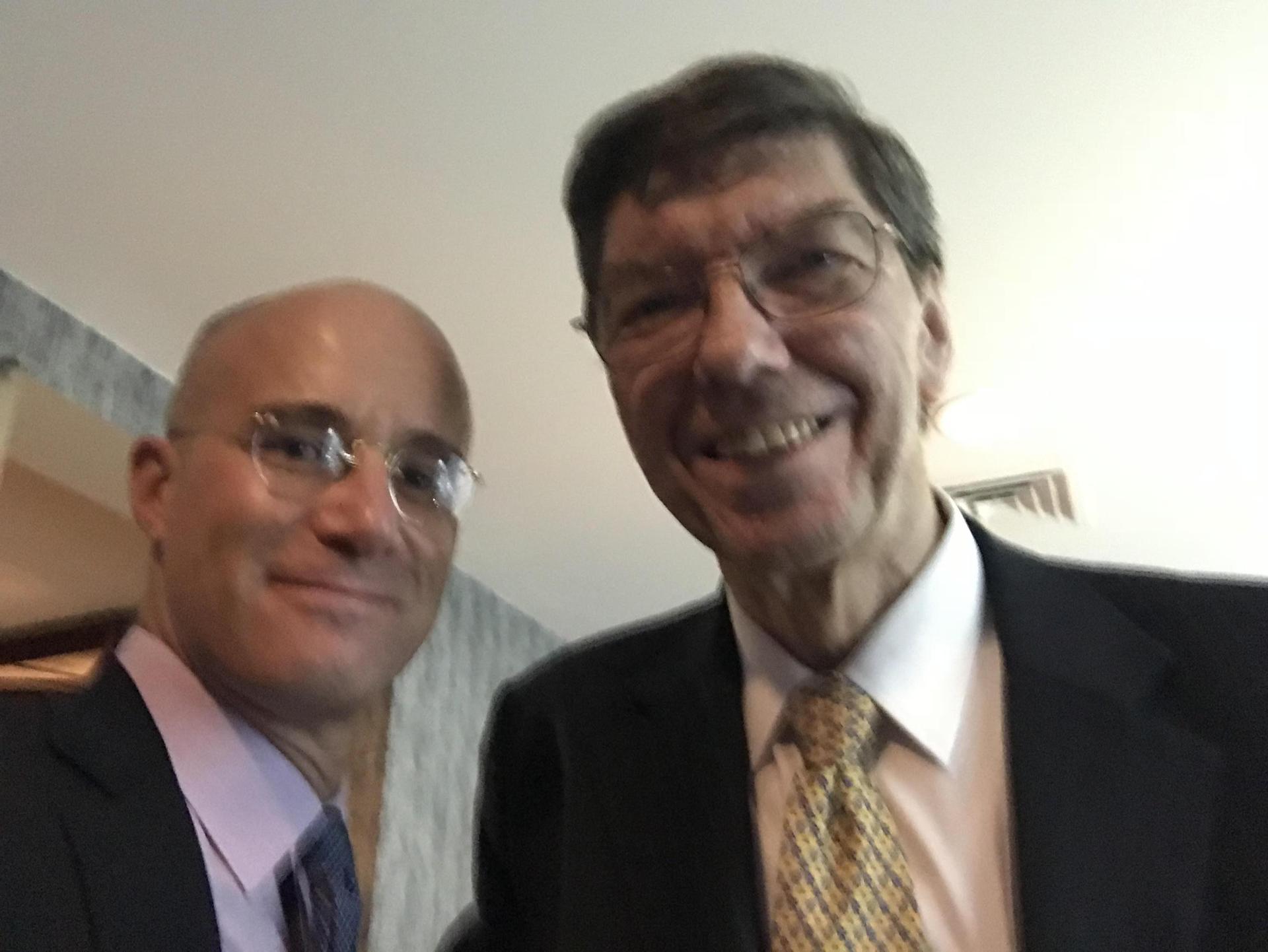