Learning to Pretend. Pretending to Learn. 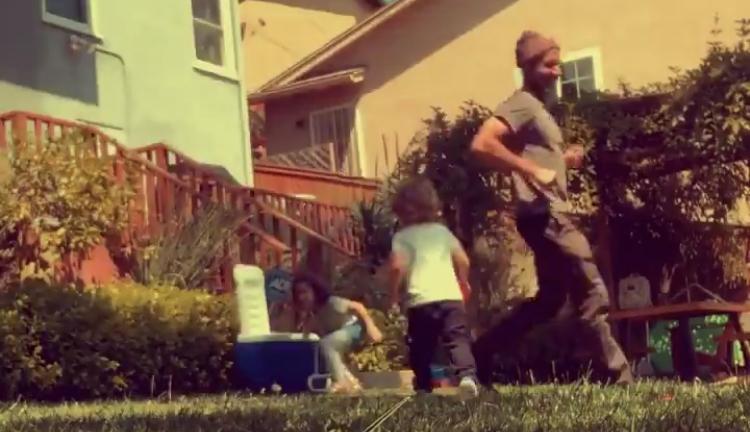 My three-year-old often begins the day with asking “is it the week or the weekend?” In fairness, it’s a question he’s asked all year. For him, it’s the difference between getting to spend extended periods of time watching television or not. It does break up the monotony and it also reads like a much more profound statement now. Time is less sequential, the days flow into one another, and we are in concentrated states of learning how to become human.

A favorite and overused word at our house these days is pretend. “Dada, pretend that you’re Pirate Black Widow and I’m Meano, because I do mean things and then I turn into Ice Boy. But we’re not villains yet. I’m your little brother. Come on. Follow me.” You see, Pirate Black Widow is interested in taking over the universe; he’s ruthless and relentless and only Fire Red Star (my seven-year old daughter) -- now Ninja Red Star and Electro Red Star -- can stop him. She has fire and lava power, but can sometimes control the weather; he shoots electricity and moves at the speed of light. But he also turns into Ice Boy or Water Boy, shooting from his fingertips. And later he’s a bear cub being born from an egg. He corrects me when I tell him that bears aren’t born that way, stating - “dada, this is pretend.” We are living largely in our imaginations, which rapidly generate new scenarios that take us further and further from where we are actually.  It’s an exhilarating, dizzying and exhausting place to inhabit.

As a parent I’m struggling to reconcile many things: the freedom of their imaginations, play as knowledge, the “distance learning” my seven-year-old has to do, and the role of families within the educational machine. I’m reminded that the structure and practice of school does an excellent job of alienating students from themselves and families from the schools their children attend. That relationship has largely been one-sided - think of the design of most parent/family-teacher conferences - when is the voice of the parents elevated to include their input in authentic ways. Instead, it’s tokenized. It’s meant to validate the efforts of the school and the assessment and evaluation of others. It marginalizes the knowledge and talents of families. No matter how thoughtful the tasks being given to us might be during school closures, they come up short in the areas of relevance and depth. There’s little weaving of questions and topics being done; schools don’t have (unless they’re purposely seeking this out) the ability to engage and wait for questions. Learning, arguably, is about waiting and paying attention to things, building in reflections on ideas and practice. The task of schools right now is centered around compliance and adult designed work, that feels like shooting at targets in the dark.

Everything feels so arbitrary as I pay attention to my children’s curiosities. What boxes their observations fall into are of little concern to me. Sequence of learning feels like this forced idea and practice that isn’t grounded in good pedagogy. The idea of a fixed curriculum feels preposterous and utterly nonsensical. I’m at the point where I can ignore my daughter’s interests, questions, and thoughts and complete all of the tasks being asked of her from her school, or I can act on them with the limited time and bandwidth I have. I shouldn’t have to choose between or separate the two - what school wants you to do, and the real learning we can be doing. We are all learning after all - whether schools are capturing it is a different thing entirely.

It’s a delicate balance that changes from day to day. To make some sense of everything, we’ve started to develop a working individual learning plan. For now, we’re just merely paying attention while acting on interests and their imaginations. I’m radically hopeful that what both families and schools are learning will mean that we recognize that normal never existed. Rather, that our collective consciousness is being so scarred that we won’t ever return to a system that doesn’t work for all. For now, I offer my own journey with how I’m grappling with it all by way of my daughter’s working learning plan that identifies most of our own ‘curriculum.’